Find photos, biographies, and speech transcripts of Figgers executives, board of directors, management and staff. 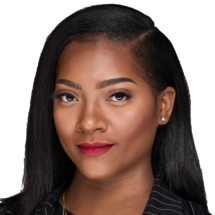 Justice Reform Advocate, Natlie G. Figgers is a American Attorney, Paralegal Education Instructor, and Business Woman who serves as the Founder of The Law Office of Natlie G. Figgers, LLC . Born in West Palm Beach, Florida and raised in Orange County, she was gratefully instilled with a high ethic for hard work by her single mother; a CNA and Housekeeper. One of 6 children, 5 girls and 1 boy, Natlie and her sisters would spend every weekend helping their mother clean hotel rooms. It was her constant show of devotion for her family that would encourage each of her children to strive in going far beyond their circumstances. These circumstances would come in the form of Natlie and her siblings experiencing a rough and often times scary upbringing in the projects. What made matters even worse was the fact that they had to face daily bullying and hatred just for being of Haitian descent. Even so, and never allowing this time in their life to break them, they would each go on to graduate from college, making their mother who eventually became a Registered Nurse, very proud!

Knowing for certain that she wanted to help others, Natlie started her academic success by attending Florida Agricultural and Mechanical University where she earned a Bachelor’s of Arts in Criminal Justice, specializing in Juvenile Justice. She would then gain her Juris Doctorate from Nova Southeastern University School of Law. This accomplishment made it possible for her to work as an Intern with Florida’s top commercial litigation firm. Inspired by her family and her desire to fight for those lost in the system, in 2018 she evolved her passion for law and opened her own practice; The Law Office of Natlie G. Figgers, LLC.

Having just graduated from law school, she jumped straight into handling cases involving personal injury, auto accidents, commercial litigation, and wrongful deaths. However, wanting to make more of a positive impact in the legal system as an Attorney, she began looking for different types of cases in need of her assistance. While doing so, she came across one no other lawyer would take. This was the case of Thomas Raynard James, a man who had spent 32 years of his life in prison on a murder charge. Although Natlie was not a criminal attorney at the time Mr. James’ case was presented to her, when Natlie heard that she was the last hope for a man who was wrongfully convicted, Natlie knew she had to hear Mr. James’ out. Continually claiming his innocence, Natlie offered her services pro bono and would spend over 2,000 hours investigating and finding new evidence to help Mr. James. After working on the case for roughly 18-months, Mr. James was finally exonerated.

Since then, driven by her need to meet the goals of each and every client, she lends years of committed experience and a proven, valuable wealth of knowledge to residents of Broward County and surrounding Florida areas. Covering Personal Injury, Business Law, and Family Law, she is able to guide and advocate for those who need it most, giving them the opportunity to not only be heard, but to finally find resolution. Continuing to serve others, Natlie is also the Secretary and Treasurer of the Figgers Foundation. At the Figgers Foundation, the goal is to focus on quality educational programs and support for at risk children and their families.

In recognition of her work over the years, she has become the recipient of numerous honors. This would include being named Florida Memorial University’s most Ardent Community Advocate in 2022. She also made The National Black Lawyers Top 40 under 40 list in 2019, 2020 and 2021, and would even be featured in publications such as the Top 100 Magazine, GQ Magazine, Miami Herald, and the Miami Times.

With hopes of one day having her previous and future accolades open the door for her to serve as a Judge, Natlie works in the meantime, and in addition to her regular representation, volunteering to review wrongful conviction cases pro-bono. Outside of this, she enjoys he hobby of writing screenplays. Above it all, she loves spending her free time with her husband, Freddie, their children and the rest of her family and friends.

Favorite quote: “Failure is not falling down. Failure is when you stop getting up.” – Rick Rigsby 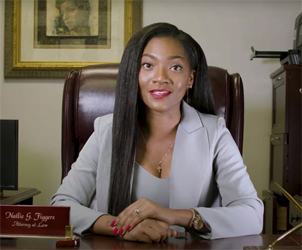 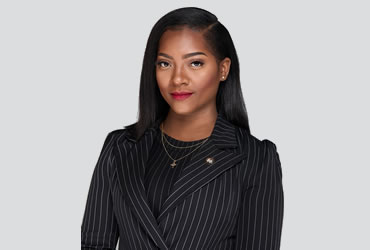 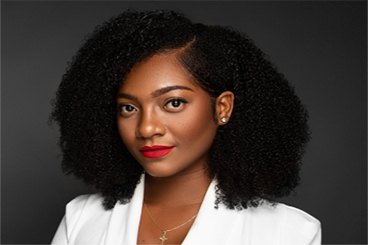