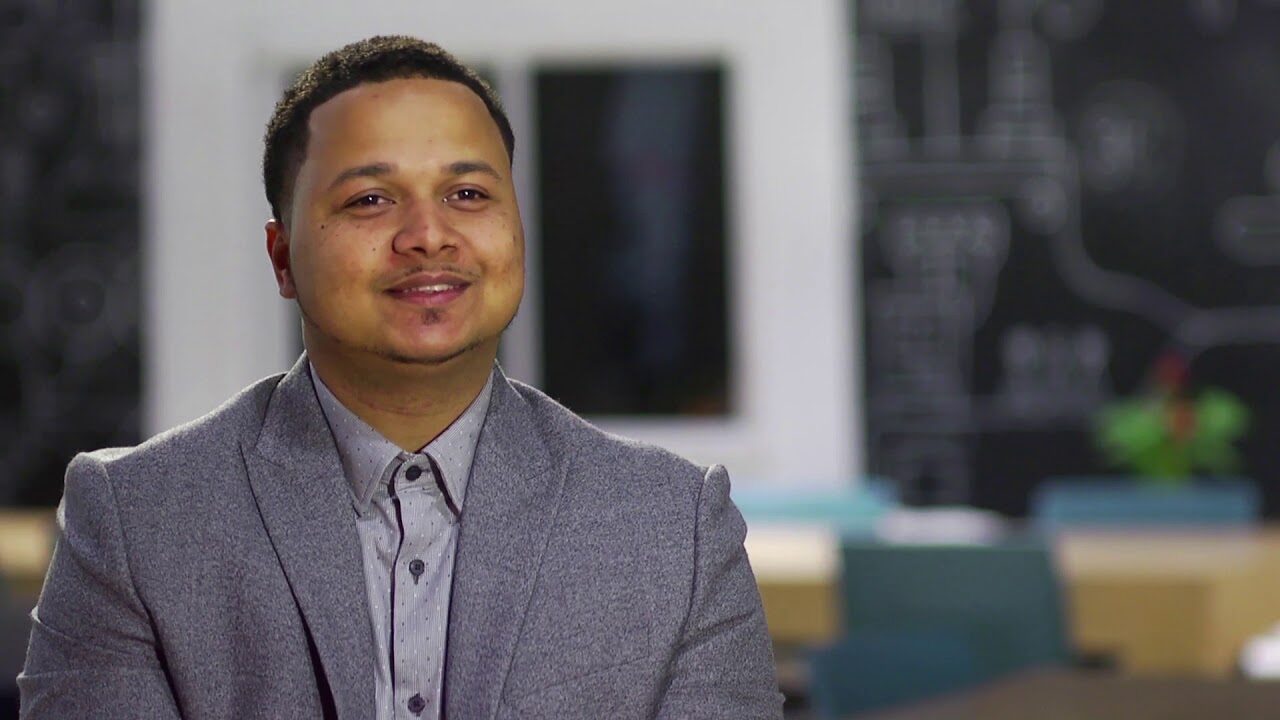 Freddie Figgers’ improbable journey to a self-taught technology wizard began beside a trash dumpster. Abandoned at birth near Daytona Beach, he was adopted by a senior citizen couple, made a computer his best friend when he was 8 and created his first invention when he was 16.

Cousin Sarah Figgers has not been surprised by his feats.

“I could tell he was going to be something (as a child), be someone,” she said.

She was impressed by his fixation with a broken-down PC his father had purchased but blown away when he dismantled and fixed it.

Something, indeed. Figgers grew into an inventor, computer programmer and software engineer who is the youngest American to hold a Federal Communications Commission license and the only African American to own a cellphone company, Figgers Wireless, which services nearly a million customers in more than 80 countries.

If that’s not enough, Figgers, 30, plans to change the telecommunications game. He created a Wireless Inductive Charger, a patented device that makes the traditional method of strengthening and restoring a cellphone’s battery power obsolete. It begins wirelessly charging when it enters a room equipped with an inductive charger—the way a phone automatically reconnects with WiFi.

“As soon as the phone is in range, it will start charging,” Figgers said.

The technology will be first available to Figgers Wireless customers, whose phones are equipped with a chip that can link to the inductive charger. He expects the Federal Communications Commission to grant final approval to begin production near the end of 2020.

“The excitement is there,” Figgers Communications chief operating officer Germain Bebe said. “The product sells itself. When you look at the world, the better energy is distributed, the better products you have. We’re looking at this being a game-changer, using energy.”

Figgers’ company is valued at $62.3 million, which isn’t bad for someone who dropped out of college after one year. It was too limiting. “You can’t explore that innovative mind working a 9 to 5,” he said.

His company manufactures his phones and provides cellular, mobile broadband and landline phones—and international services around the world.

And it all started with that computer his father bought to give him something to do.

“With the way my life started, it was hard to make friends,” Figgers said. “My best friend was that computer.”

When he was a teenager, “I wanted to be an innovator, an open thinker who builds new technology,” he said.

Figgers started with his father, Nathan Figgers, who developed Alzheimer’s and would leave the home and not remember how to get back. Unwilling to commit him to an assisted-living facility, Freddie installed a GPS tracker with a two-way communicator in his dad’s shoes. He could find him anywhere and speak to him through the sneakers if he walked away from home.

The budding genius was 16.

Nathan, who died in 2014, and his wife Betty, 95, not only gave him a home; they nurtured the kid’s imagination and allowed him to flourish.

Nathan, who died in 2014, and his wife Betty, 95, not only gave h“He received a lot of love from his parents. A respectable child,” Sarah Figgers said. “And his parents’ eyes lit up every time they talked about him.”m a home; they nurtured the kid’s imagination and allowed him to flourish.

Figgers sold that tracking device a year later to a company in Kansas for $2.1 million and built cellphone towers in places where reception was poor or nonexistent, like rural West Virginia, Montana and North Dakota.

It was an arduous road to get there, though. By his count, it took 196 meetings over four years with FCC examiners. He paid exorbitant application fees before finally getting approved just when his pockets were almost empty.

“I was in D.C., down to my last $30,” Figgers said. “I was almost bankrupt before I could really get started.”

“Age and race” played a role in his struggle, he added. “I was young and Black. There were so many roadblocks. It was a challenge. I could tell when they wanted to insult my intelligence with obstacles.”

Bebe said persistence is of one of Figgers’ attributes. “He is an aggressive and driven person,” he said. “It’s 24 hours for him. He’s motivated and he doesn’t look at it as work.”

Figgers’ mission includes a charitable arm, the Figgers Foundation, which collects 20 percent of the company’s profits.

The foundation distributes 28 college scholarships to Black males every year. It assists women with breast cancer. And it has protected girls from sex trafficking in northern Zambia, among other deeds.

“My parents did not tell me one time that I wasn’t their child,” Figgers said. “They were special. They were older and they taught me old-school values. I have a passion for helping.”

“When I’m not working, I’m sitting back and thinking about the next thing,” he said. “I’m thinking, ‘What can I do to make the world better?’” 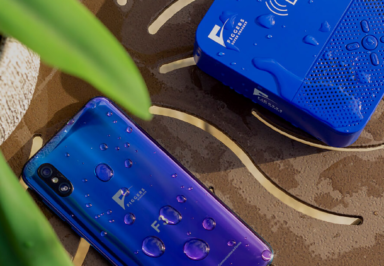 Water-resistant Wireless Speaker, Wireless charger, Alarm Clock and so much more. Figgers® introduces a new exciting product to the lineup. 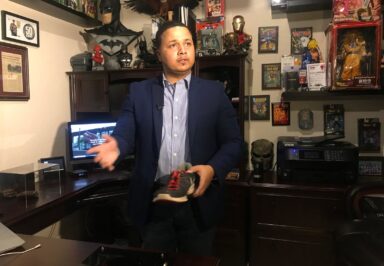 As a baby, he was abandoned next to a dumpster. Now he’s a millionaire helping the world. 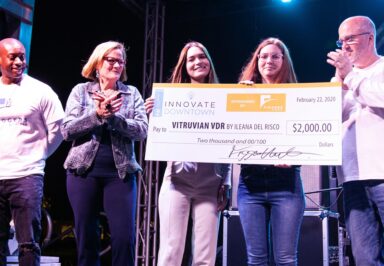